10 beer myths you should stop believing. As we become more submerged in beer culture, it's a given that some untruths can slip into your hop-soaked consciousness. It's all good. It's not like you're one of those people who believes the Earth is flat just because you read it on Facebook (or are you?!). You can be forgiven for thinking that the fast-talking neckbeard with the cellar knows everything about aging. But maybe, just maybe, he's full of crap.

In the interest of making your world more well rounded, we hit up a handful of Certified Cicerones, beer writers, and even scientists to debunk some of the most pervasive beer myths. 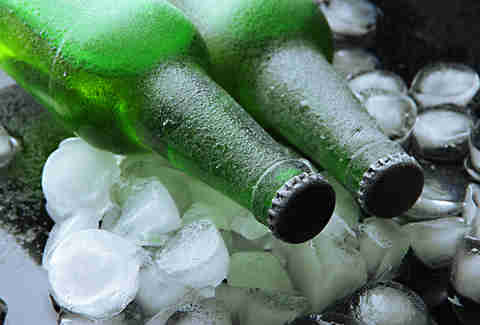 Myth: Beer should be served ice-cold
"Beer tastes best when served between 4.5-12 (°C), depending on the style. Macrobreweries are largely responsible for perpetuating the cold-temperature falsehood, and I think we know why: Ice-cold beer numbs the palate, reducing the taste of the beer, and potentially leading to drinking more of them, which makes it similar to drinking a glass of cold water." -- Bryan Carey, writer, Great Beer Now

Myth: Beer is to blame for your beer belly
OK fine, it's possible that beer was the culprit for that spare tire, but beer gets an outsized share of the blame when it comes to weight gain. Czech researchers (they ought to know) found beer consumption to be a relatively poor indicator of weight gain. Sure, generally speaking if you drink a bunch there's a good chance you'll add some pounds, but research suggest that holds true no matter your beverage of choice. -- European Journal of Clinical Nutrition 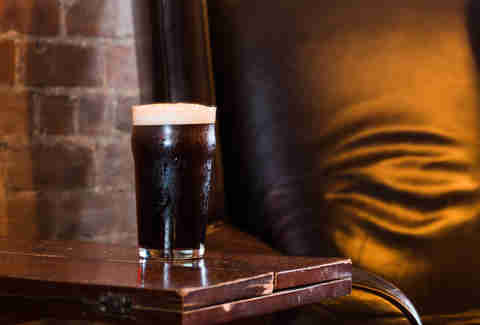 Myth: Dark beer always has a high ABV
"Just because a beer is dark does not mean it will be higher in alcohol! In fact, I bet that IPA you're drinking is close to twice as strong as the oatmeal stout you passed up on over fears of it being too high in alcohol." -- Zach Mack, owner, ABC Beer Co. (New York City, New York)

Myth: Bottled beer is better than canned
"For decades, glass bottles were reserved for the privileged class of the beer-drinking world, while proletariats drank beer from a can. Nowadays, as most craft beer consumers have surely noticed, that trend is changing, albeit slowly.

"The extremely important paradigm shift in the choice of vessel for our hop-blessed hooch can be summed up with a simple mathematical equation: Beer + sun = skunk. The same ultraviolet rays that give you a farmer’s tan also harm unprotected beer. To paraphrase Baz Luhrmann’s epic 'The Sunscreen Song' -- ladies and gentlemen of the internet, drink canned beer. If I could offer you only one tip for the future, cans would be it." -- Michael Arp, writer, The Blue Collar Foodie (Fair Lawn, New Jersey) 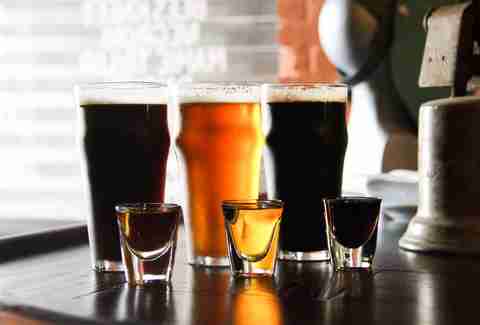 Myth: "Beer before liquor, never been sicker"
"This was my mantra in college. I repeated it to myself many times before heading out to party. It suggests that the order in which you consume alcoholic drinks will determine your well-being the next day. Could it be that ending with the higher-ABV drink causes bad decisions? I think quantity has a lot more to do with it than the order in which you consume them." -- Steph Harding, editor, MittenBrew

Myth: You just don't like beer
"When someone says they 'don't like beer,' nine times out of 10, they just haven't found their favorite style yet. I've helped countless people find their 'aha!' moment when they taste a beer they truly love for the first time, and I try my best not to say, 'I told you so.' All beers are not created equal. If there's a flavor profile that exists in another beverage, chances are there's a beer equivalent that's just as enjoyable." -- Anne Becerra, writer and beer director, Taproom No. 307/Treadwell Park (New York City, New York) 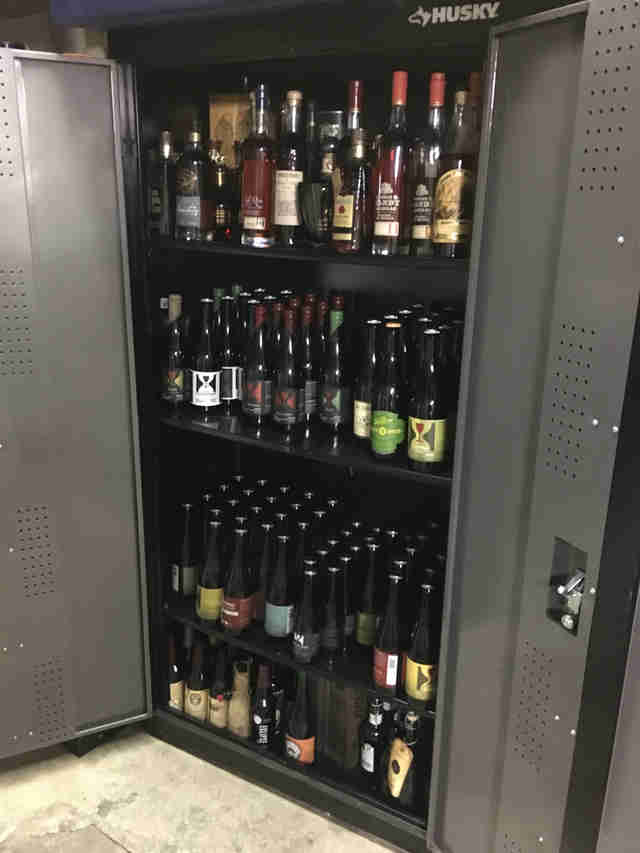 Myth: Aging makes beer "better"
"A lot of craft beer drinkers have a beer cellar -- myself included. The main idea behind a cellar is to store beers because they get 'better' with age. While cellaring beer does change the flavor profile -- bourbon barrel-aged beers lose some heat, wild yeast strains add more funk -- the beer does not actually improve. It's just different.

"Properly made beer is ready to be consumed as soon as it is bottled. Fresh beer is beer in its purest form, and is what the brewer intended you to enjoy. You may favor a properly cellared beer more than the fresh one. But 'better' is always up for debate." -- David Acra, Northern Florida area manager, New Belgium Brewing Co. (Jacksonville, Florida)

Myth: Dark beer is all the same
"Dark is not a flavor. A dark color tells you only that some amount of kilned or roasted malt was used. It reveals next to nothing about the beer's flavor profile. It says nothing about the amount of hop character, bitterness, sweetness, or alcohol. It says little about the types of malt flavors or the presence/absence of fruity and spicy yeast products.

"And the claim that dark beers are heavy; a meal in a glass? Poppycock. Guinness Draught is 4% alcohol, light-bodied, and very low-calorie. An English dark mild would be even lighter. See what I did there?" -- Michael Agnew, owner, A Perfect Pint (Minneapolis, Minnesota) 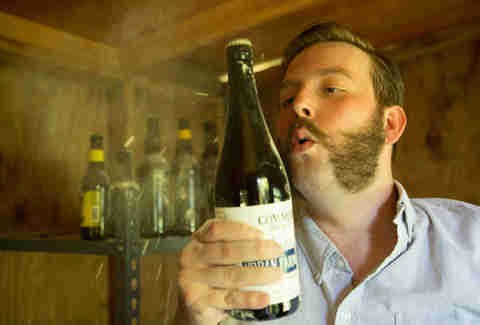 Myth: All strong beers are great for aging
"Hopefully by now people know that almost all beer is best drunk as fresh as possible. Like many, I spent years (and several hundreds of dollars) squirreling away rare stouts, barleywines, and sours for rainy days. First, there aren't that many rainy days, and second, almost all of the beers gathering dust over the years weren't as good as when I bought them.

"Don't age any beer that started its life as a hop-forward style. No, your 120 Minute IPA is not better after four years. And don't age beers with coffee, unless you like your beer to taste like green peppers. Coffee flavors fade relatively quickly, and can evolve over time, often into something vegetal.

"Do age malt-forward English beers. Old ales, stock ales, and English barleywines can develop leathery and umami flavors that enhance the hard work that the brewer has done. Beers with wild yeast (brettanomyces), as they can evolve in fun ways over time: Stick a six-pack of your favorite funky beer in the closet, and drink one every year 'til you find the sweet spot." -- Nick Bondi, bar manager, Jerry's Lincoln Square/Andersonville/Wicker Park (Chicago, Illinois)